All that is written here is Dead.

What it is pointing to is the Only Reality.

Don't hang on to the words, no matter how they look.

Turn towards your Self.

This is more than enough.

Too many words will just give too much nourishment to the mind.

Stay as you are.

Chew, swallow, and leave the digestion of these Teachings to the Satguru (inside Your Heart).

There IS - NO Waking, NO Dreaming, NO Deep Sleep

The names "waking" and "dream" and "deep sleep" are names given from the apparent waking state itself.

From the Self, both the "waking" and "dream" are equally dream-like and illusory.

The so-called "deep sleep" state is the nameless stateless state.  It is the Absolute Itself.  That Which IS.

When seen from the perspective of taking the "waking state" to be the "default" position, the "sleep state" is an unconscious state, but this is not the case.

What IS the case is not and has nothing to do with these arbitrarily-made three states.

There are NO 3 States: No Waking, No Dreaming, No Deep Sleep.

All these simply appear and seemingly function according to the rules of illusion.

All along only the Self IS.

Don't Cleanse the Doors of Perception: Go Beyond Them

William Blake says: "If the doors of perception were cleansed everything would appear to man as it really is.. Infinite."

If the Self is known as it really is the doors of perception themselves would be momentary appearances that change in the presence of the Infinite Unchange-able One.
No comments:

The Real Solution for All 'Problems'

The solution to every problem is to search for the "one who perceives the situation as a problem."

Who is this one? Where did it arise from? Seek its source. Do it now.

Is there a problem anymore?
No comments:

The Illusion of a Necessary Journey

All spiritual paths and sadhana(s) are custom-made for those who believe a particular type of journey is required to become what they already are.

When, by Grace, it is seen that "the one who has believed in a necessary journey" is itself a belief, the sadhana drops of itself and the ever-attained 'goal' of liberation is realized to be the case from the very 'beginning'.
No comments:

Who has a problem in the dream state?

When there is a "problem" in a dream,

The solution is not to "solve the problem."

There is only one solution to all problems in the dream.

Note that the one that wakes up is not the same as the 'one who has the problem' within the dream.

WAKING UP is the dissolution - not only of the dreams, but also of the 'one who has a problem'.

The 'one who has a problem' and the dream are actually one.

The 'one who has a problem' only exists within the dream.

They appear together and dissolve together.

The 'one who has a problem' and the dream itself cannot appear without the perceiver of both!

Find out what you are.

This is the only solution to all dream "problems".
3 comments:

Any Words to Describe the Word-less?

What words can accurately describe

the Word-less One?
No comments:

Arrogance and Humility are both Unreal

Who is being arrogant?

Who is to be humble?

The Guru has pointed out that you are beyond arrogance and humility.

Arrogance is not yours.

Humility is not yours.

You aren't any thing.

You simply ARE and THAT IS IT.


"Arrogance" and "humility" are not real things.

Can I say this?

"Arrogance" is a judgment call made by the mind about some "thing".

"Humility" is also an analysis made by the mind.

You ARE prior to the mind.

Don't purchase these thoughts of "arrogance" and "humility".

Allow it to come and go.

Stay as you ARE.
No comments:

You Hold On To Thoughts

By The Grace of Sri Mooji Ji & Sri Ananta Ji,

Thoughts don't hold on to you.

You hold on to thoughts!

You actually don't hold on to thoughts.

You are actually the space in which all thoughts and the appearance of the one to hold onto them arise.

The thinker and the thought simultaneously arise.  The thinker is simply a thinker-thought.

When you sense that "you" are affected by something, stop right there and inquire:

"For whom are these thoughts arising?"

by seeing that there is no separate one here.


Only the Satguru remains.

Song of The Self- Mool Mantar 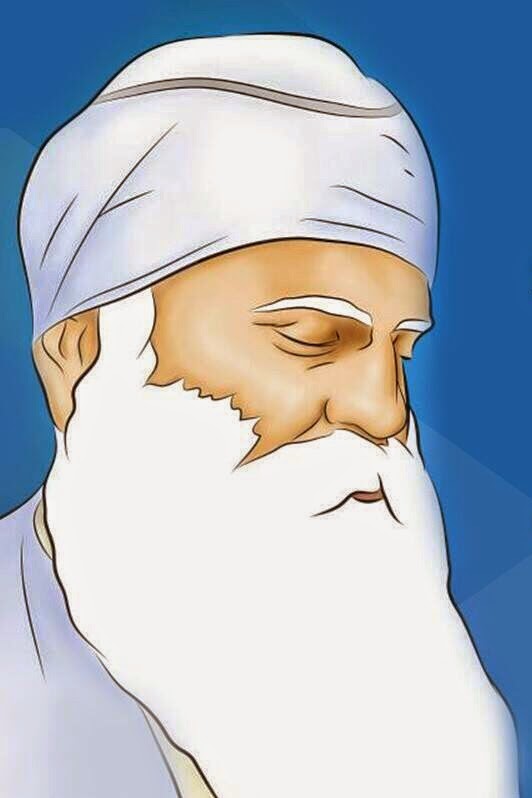 Is-ness/Suchness/ Being is The Name

The Sole Do-er of All.

No Fear of Other

No Sense of Other-ness

Timeless - Formless (Not an Object)

All Teachings pointing to Itself happens spontaneously by its own Grace

(On the occasion of the upcoming Birthday (Jayanti) of Sri Guru Nanak Dev Ji
on November 6, 2014)

If the Light of Truth (Sat) is an Eternal Light, then it can never be overcome by darkness. Any kind of "not-seeing" of the Light is only a belief maintained through and by ignorance.
Therefore the Guru does not remove the darkness to reveal the Light (for the light is Ever-Revealed, Never-Concealed).
The Guru only removes this belief of there ever being something able to cover the Eternal Light.
The Guru removes ignorance, the only darkness there is, and it is an illusory one.

"TO SEEK AND ABIDE IN THE REALITY THAT IS ALWAYS ATTAINED, IS THE ONLY ATTAINMENT."

"YOU ARE THAT. THERE IS NO DIFFERENCE."

"LOOK. EXPERIENCE. FIND OUT. DON'T MAKE ANYTHING UP. DON'T CREATE ANYTHING. SEE.
EVERYTHING IS PERCEIVED ON THE SCREEN OF CONSCIOUSNESS. CAN THE PERCEIVER ITSELF BE PERCEIVED?"
~ Sri Mooji Ji
"DON'T BELIEVE YOUR NEXT THOUGHT."
~Sri Ananta Ji

"Truth is One; only It is called by different names. All people are seeking the same Truth; the variance is due to climate, temperament, and name."

"Ordinary knowledge is always accompanied by ignorance, and ignorance by knowledge; the only true Knowledge is that by which one knows the Self through enquiring whose is the knowledge and ignorance."
-Bhagavan Sri Ramana Maharshi (from 40 Verses on Reality)


"The "me" is an assumed presence or reality. It is not an actual thing. It is important to deeply understand this. Those who talk of struggling with the ego, losing it, the pain of its loss, etc., are giving it far too much reality. Remember, we are talking about something that is not there!"
- John Wheeler

"Just realise you are dreaming a dream you call the world and stop looking for ways out. The dream is not your problem. Your problem is that you like one part of your dream and not another. Love all or none of it, and stop complaining. When you have seen the dream as a dream, you have done all that needs to be done."
- Sri Nisargadatta Maharaj

"The root of all phenomena is your mind.
If unexamined, it rushes after experiences, ingenious in the games of deception.
If you look right into it, it is free of any ground or origin,
In essence free of any coming, staying or going."
- JAMYANG KHYENTSE CHÖKYI LODRÖ